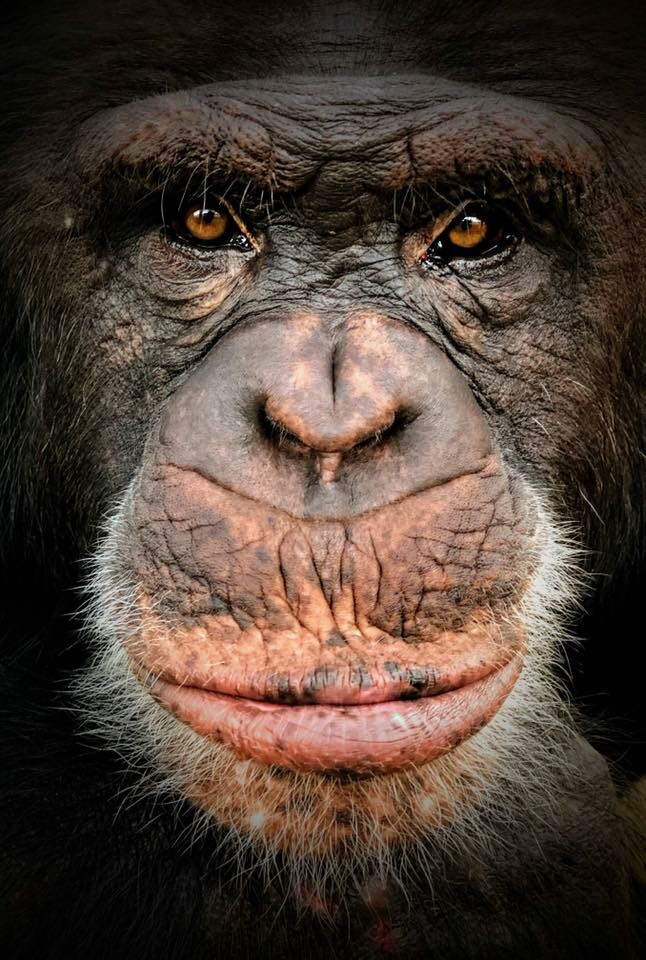 Hello, my name is
Butch

I was born February 3, 1996, on Holloman Air Force Base in Alamogordo, NM to my mother Alison, and my father Shakey. The Coulston Foundation, a private research laboratory, operated the chimp facility at Holloman. Unlike most chimps born at The Coulston Foundation, I was allowed to live with my mother for just over a year. On March 17, 1997, I was forcibly removed from my mother and relocated to the laboratory nursery. Three months later, me and four other baby chimps were shipped across the country to Bioqual, a Maryland laboratory. I was pair-housed with another male, Gomez, during most of my years at Bioqual. I was then shipped to a third laboratory, at MD Anderson Cancer Research Center in Texas, where I spent a year and a half in isolation. I then briefly lived with a female, Cybill, before being rescued by Save the Chimps.

Not surprisingly, I had a difficult time integrating into chimpanzee society. I became best friends with Kallie, a female my age, and we’re usually never far from each other’s side. I became a member of Freddy’s family and was released onto an island home. I’ve developed an unusual fondness for kiddie pools, and I carry one like a security blanket wherever I go! Due to my many years trapped in small indoor cages, I’m reluctant to spend too much time outdoors. I do venture outside to explore every day though, and I’m gradually increasing how far I travel. When inside, I get plenty of enrichment to keep me busy!