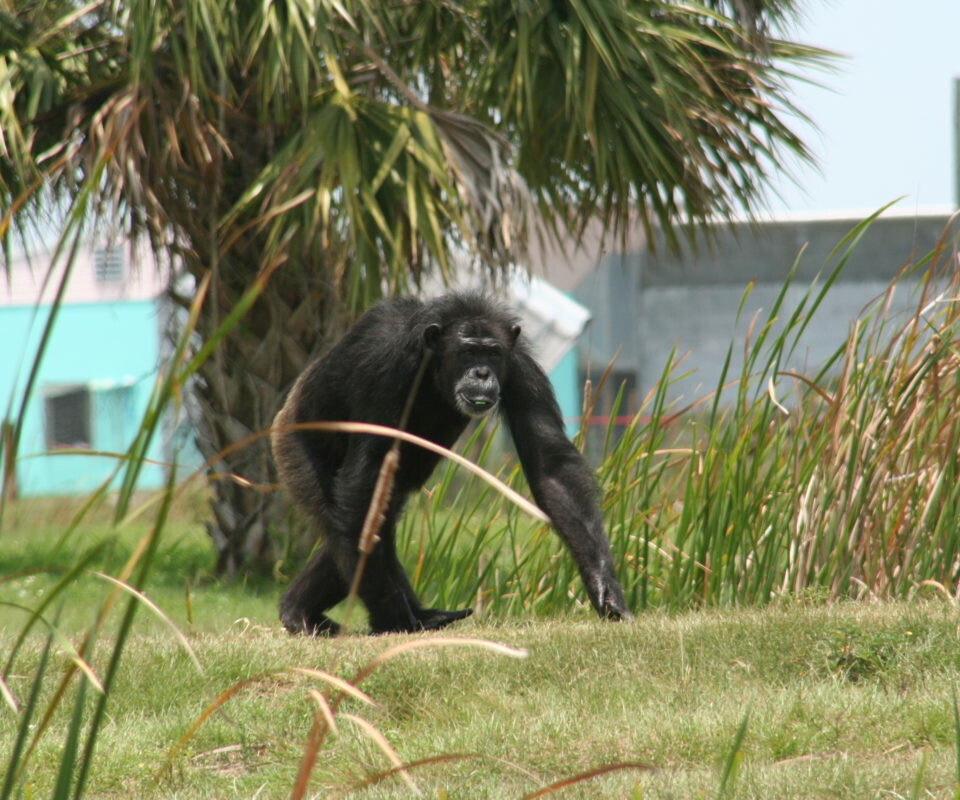 In loving memory of
Beth

I was born March 3, 1984 on Holloman Air Force Base near Alamogordo, NM, to my mother Mary and father Doug. Mary was allowed to care for me for just two days before I was forcibly removed from her and brought to the laboratory nursery to be raised by humans. When I was just 5 months old, I received my first liver biopsy—and I may have been fully alert while a needle was inserted into my liver.

When I was just 18 months old, I entered into a biomedical research study. Between November 1985 and February 1987, I was held down while fully alert and had my blood drawn 36 times. I was also anesthetized for liver biopsies (and more blood draws) 31 times. The purpose of the study is unknown. At the end of the study, I was introduced to a chimp my age named Brandon. We lived together for four more years. Sadly, when I was just 7 years old, Brandon mysteriously died.

When I was 11 years old, I entered into the breeding program. The first male I was mated with was my own father, Doug. The lab failed to check my parentage, and out of hundreds of possible males who I could have been paired with, my own father was chosen. I lived with Doug for three weeks before we were separated. I was introduced to a male named Sampson, and soon after was confirmed to be pregnant. Although the lab listed the father as Sampson, due to the close overlap in mating, it is possible that my baby was Doug’s.

In 1997, my custody was transferred from the US Air Force to the Coulston Foundation (TCF), a research lab in Alamogordo, NM, with a long history of violating the Animal Welfare Act. In September 2002, my years of suffering and sorrow finally came to an end when Save the Chimps rescued me and over 250 other chimps from TCF, which had gone bankrupt. Despite the cruel treatment I suffered at the hands of humans, I was a gentle chimp who greeted my new caregivers with warmth. I joined the largest chimpanzee family at Save the Chimps, Rufus’ Group. Along with my best friend Lauryl, I and the other members of my family traveled across the country to our new home at Save the Chimps in Florida—a paradise that we never could have imagined.

Once in Florida, we were released onto a large hilly island, complete with trees, grass, and climbing platforms. I had never seen grass or trees before, having spent my entire life behind bars on solid concrete. Soon I began to enjoy the pleasures of foraging through the grass, lounging under a tree, or climbing up high for a cage-free view of the world. I became a wonderful “auntie” to Lauryl’s son Leo, who was born (unintentionally) in 2007.

Beth is a strikingly beautiful chimpanzee, with distinctive eyes and a smooth, dark face. She is kind and outgoing to all, chimpanzees and humans. Her gentle soul endears sweet Beth to all who know her.