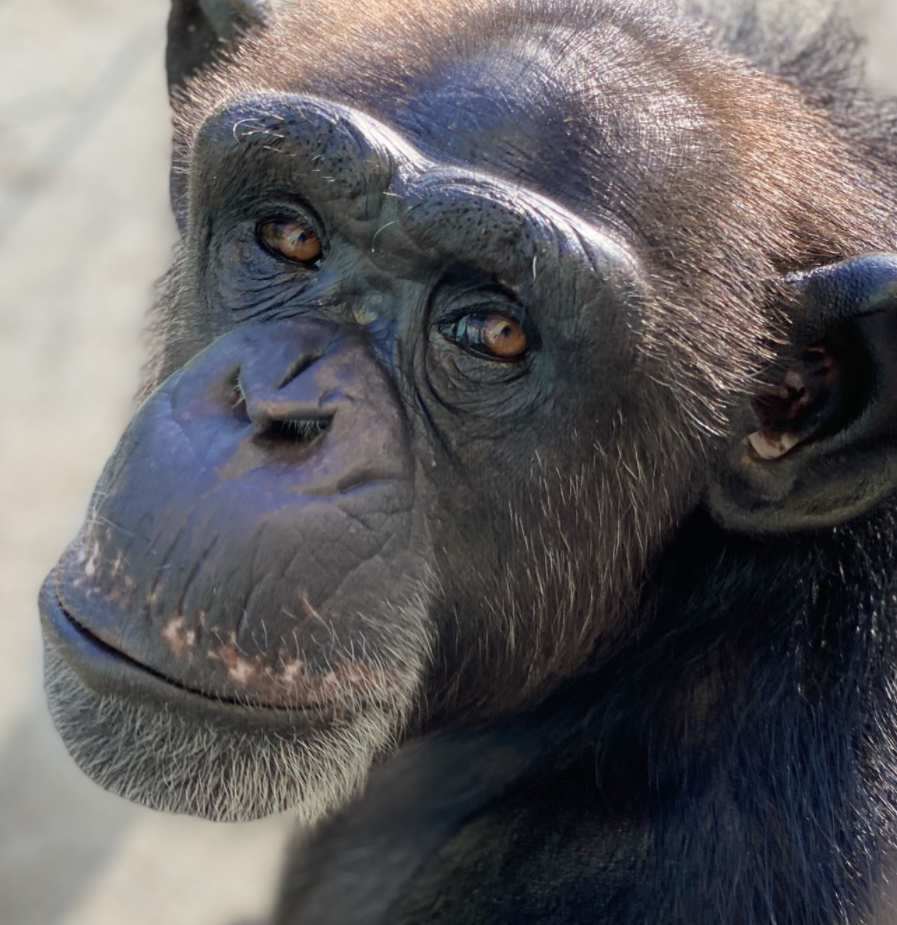 Hello, my name is
Ariel

I was born February 24, 1994, at the Holloman Air Force Base to my parents Gertrude and Dalton. That same day I was sent to the nursery to be raised by humans. For the first year of my life, I received routine physicals and treatment for chronic nasal congestion. At fifteen months I was sent to Bioqual Inc. in Rockville, MD along with five other babies. There is no information about the time I spent at Bioqual. When I was eight years old, my world changed again when I was moved to Bastrop, Texas. Fortunately for me, this was about the time Save the Chimps rescued the chimpanzees at the Coulston Foundation and began the process of gathering all of the chimpanzees on loan to other institutions and bringing them home to the newly created sanctuary.

In June of 2003, at the age of nine, I was finally free from research when I returned home to Alamogordo, NM. I started meeting new friends and becoming part of the family group I live with today, known as Kiley’s group. I had one final move to make but it would be the best one of all, the one to my island home in sunny Florida. I can be a bit shy around my caregivers but I enjoy hanging out with the boys in my group such as Jimbo during meal times. I was instrumental in helping a new member join my family group, a young girl named Lisa Marie. When the two of us met it was an instant connection, as if I had finally found the little sister I had always wanted. I had a lot of stops along the way, but I am finally home where I belong.