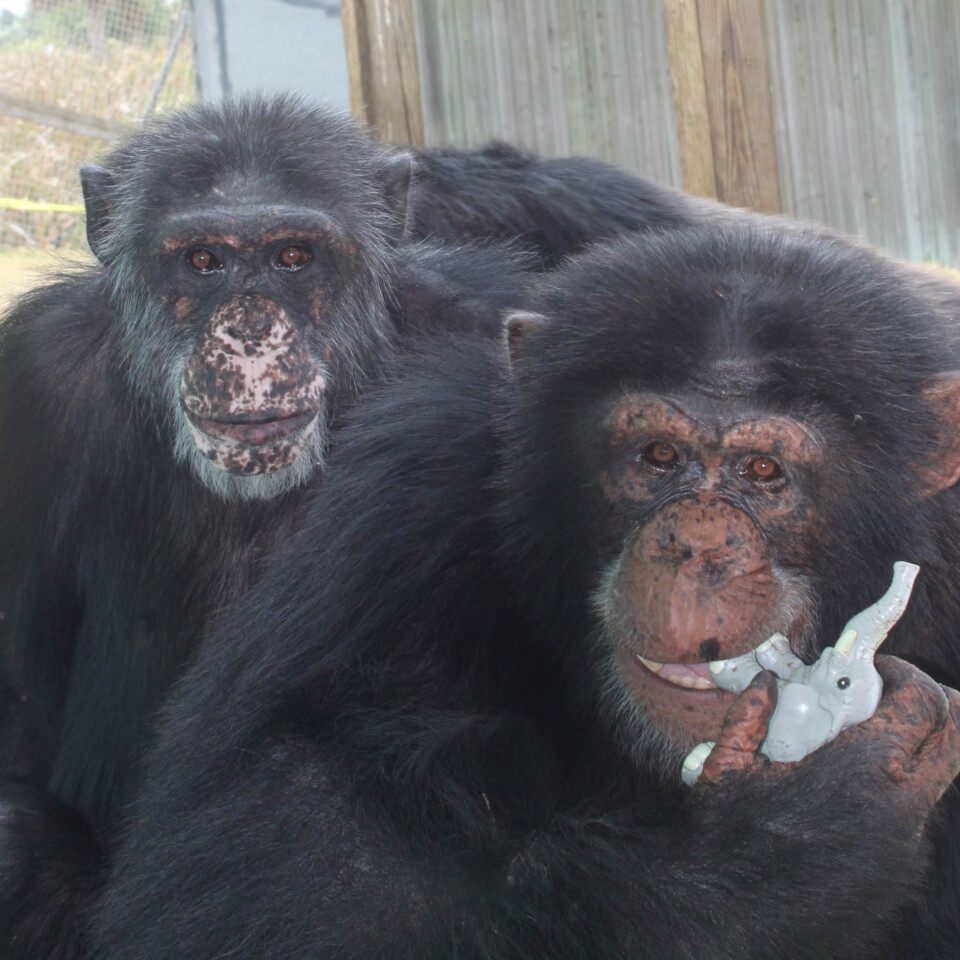 Hello, my name is
Apollo

I was born May 18, 1998 to my parents Cartier and Tarzan. Cartier was described as a good mother. Despite initial positive signs of bonding with my mother, I was taken from my mother and sent to the nursery to be raised by human caregivers just twelve hours after being born.

When Save the Chimps took over The Coulston Foundation in 2002, chimpanzee introductions and formations of large groups began. I migrated to Florida in April 2011 and after many years of separation, my mother and I were reunited. She definitely adores me and the feeling is mutual.

I am the self appointed official greeter and am one of the first to welcome people into the building with an enthusiastic smile.  I also use my charm when there is something I want from my caregivers. With a kiss and a gesture towards what I desire, I know the staff will get the message.

We will never know what sorts of memories and bonds were formed between mother and child during those first few hours before the baby chimps were taken away by laboratory workers but whether their relationship is based on early memories or they are drawn together because of compatible personalities, it’s beautiful to see Cartier and Apollo together.