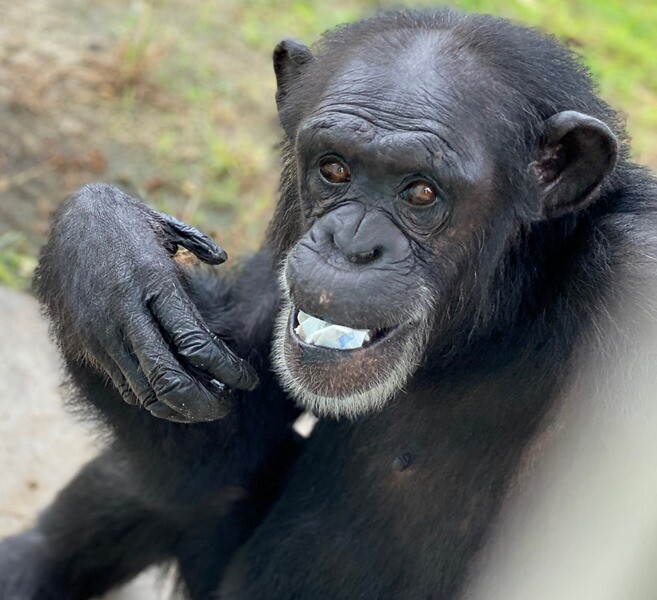 Hello, my name is
Angie the 1st

I was born on December 21, 1987, to my parents Foxy and Spock, at The Coulston Foundation (TCF). I was allowed to remain with my mother for two days before being taken from Foxy and brought to the nursery. While in the nursery my records indicate I was used in an “x-ray and measuring study”. When I was just a little over two years old, I was removed from the nursery and put into a cage. When I was three and a half years old, I entered a research study in which I was anesthetized every other day for two weeks, then every week for a month. Two years later I was used in a research study in which 10% percent of my blood volume was taken on more than one occasion.

In 2002, Save the Chimps rescued me from TCF when they closed their doors. Now, as a part of Kiley’s family, I love exploring the island and have taken up the hobby of painting, an enriching activity offered to us. I am a very sweet chimp, with a peculiar habit of shaking my fists at my caregivers and gazing deeply and intently into their eyes.