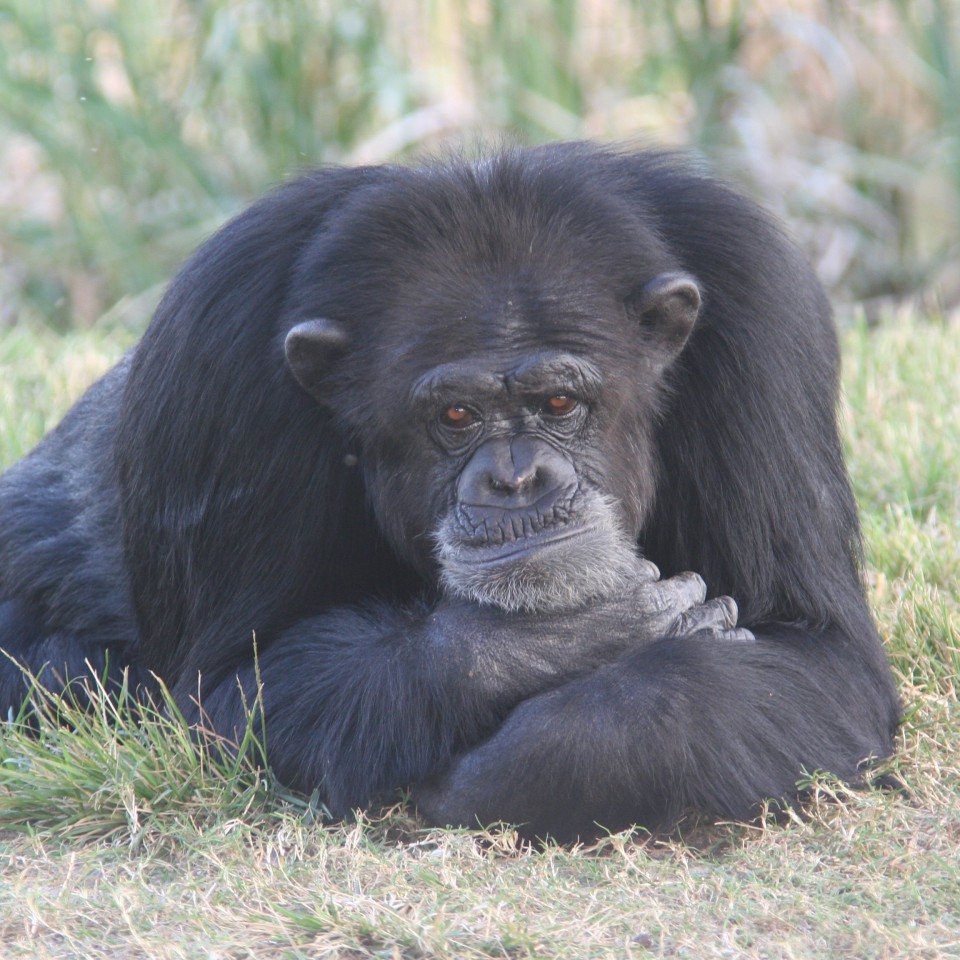 Hello, my name is
Amy

I was born on February 2, 1983, at the Holloman Air Force Base in New Mexico. I was taken from my mother Clair within two hours of birth—even though Clair is noted as a good mother—and raised in the nursery. When I was a year old, I was shipped across the country to Rockville, MD, and used to test a hepatitis B vaccine. From March 29, 1984, to June 3, 1987, technicians restrained me once a week while someone drew my blood and stuck needles into my liver for biopsies. I was not given anything to treat my pain. I returned to Holloman at the age of three. I was not involved in any other studies but was enrolled in the breeding program from 1997 to 1999. I never had any children.

Save the Chimps rescued me and 20 other Air Force chimps in 2001, and I moved to Florida, where I set foot outside of a cage and onto the grass for the first time. My caregivers say I’m easily spotted on the island due to my habit of using my palms to walk instead of my knuckles. I have very big hands, so this results in a unique walk! The caregivers call me “the ballerina” because I often grab onto a bar above me with both hands and twist my torso from side to side when indoors for meals.

Although I was used as a breeder, I never had any babies of my own. At Save the Chimps, I became somewhat of an adoptive mom to Angie, one of the “oopsie” babies born at the sanctuary. Angie was born as a result of a failed vasectomy. When Angie was a baby, she and I would hang out together, snuggling and being cute together. As Angie became older and began to test boundaries, she would sometimes steal my bananas. Of course, this was always due to the shortcoming of my caregivers, not the adorable Angie. Fortunately, my caregivers always have a few extras for just such occasions.

My caregivers describe me as a friendly, unassuming chimp usually found with a smile on my face! My caregivers hope that this means that I retain little memory of my difficult past. Amy prefers the company of her fellow Air Force veterans Liza, Emily, and Jennifer and loves the wide-open spaces of her island.