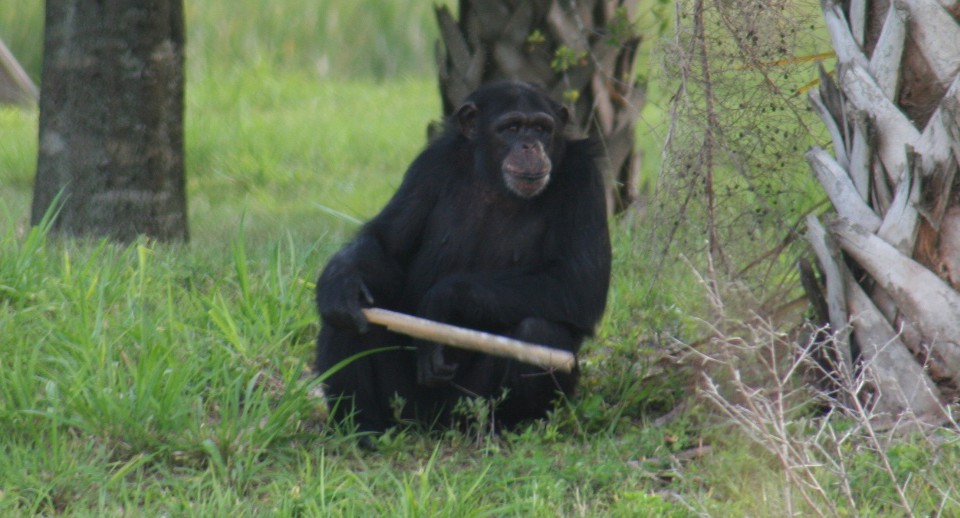 Hello, my name is
Adina

I was born April 21, 1995, to my mother Little Rock, and father, Rufus, at The Coulston Foundation, a biomedical research lab in Alamogordo, NM. I was taken from Little Rock within hours of birth and sent to the laboratory nursery to be raised by humans. When I was six months old, I was assigned to my first biomedical research study. I was anesthetized approximately twice per month for the next seven months. During these procedures, I had blood taken, received an enema, and had multiple invasive procedures. According to my records, one study was conducted on four baby chimps to determine infant chimpanzees’ immune status following the administration of a so-called “genetic vaccine.”

In 1997, I left the nursery and lived with two other young chimps, Chandra and Ragan. The vaccine study also continued, and I was regularly anesthetized for multiple procedures. The study finally ended in 1998. For the next four years, not much happened in my life other than routine physicals. Then, in 2002, I was retired to Save the Chimps after the coulston foundation went bankrupt. In 2005, I moved to Florida. There I experienced the feel of grass beneath my feet and cage-free skies overhead for the first time. Today I am a member of Lou’s family, and I am a sassy girl who loves island life. My favorite times of day are meal times, where I often demand seconds! After all, I deserve it.