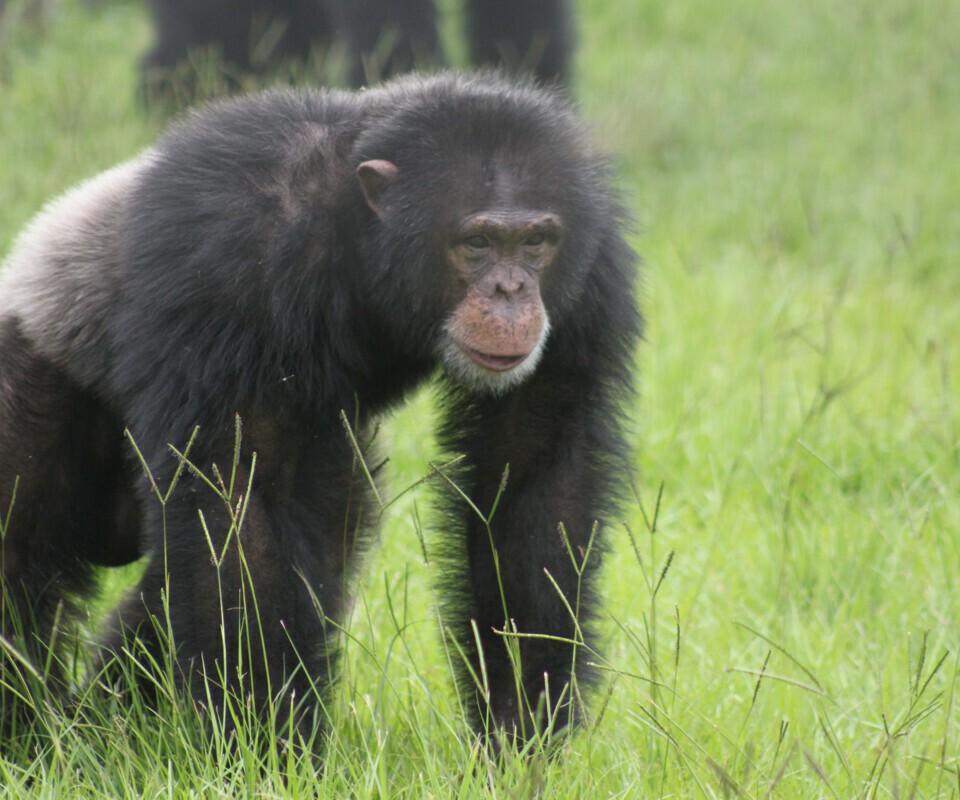 Hello, my name is
Ace

I was born to my parents Olida and Doug on May 30, 1995. Save the Chimps has watched Olida raise two daughters since they took over The Coulston Foundation in 2002, and they know her to be a doting and loving mother. My mother and I had a strong relationship filled with affection and joy. Unfortunately, this bond was cut short under the custody of the Coulston Foundation when I was weaned from my mother at one year old and placed in the main colony of chimpanzees to meet other chimps my age in preparation for being shipped to the CDC in Atlanta, GA. Two months after being taken from Olida, I had to be removed from the main colony of chimpanzees and placed in the nursery where I could be closely monitored. I was described as depressed and lethargic with poor muscle tone. When I first arrived at the CDC in June 1997, at the age of two, I lived with Rupiah and Val. I also arrived with a cold. During this time, I was used in a few different studies. There aren’t a lot of details except Save the Chimps does know I had multiple liver biopsies during this time. My record also shows that over a period of approximately one year I was knocked down with ketamine or telazol at least sixteen times. I returned to New Mexico in March 2005, at the age of ten.

Although I’m friendly with everyone, I didn’t have a best friend to pal around with until a newcomer, Joe, was added to the group. Now that I have Joe in my life, I seem more sure of myself. We are provided with a variety of enrichment items to keep us occupied and replicate foraging behavior in the wild. I am especially fond of enrichment and become quite excited about it. Another big part of sanctuary life is having a supportive environment where chimps can forget dark memories from the past and look forward to bright experiences in the future. It also means providing a stable, forever home without any fear of ever being sent away to a strange place. I am enjoying my sanctuary life which includes freedom, companionship, and loving care.