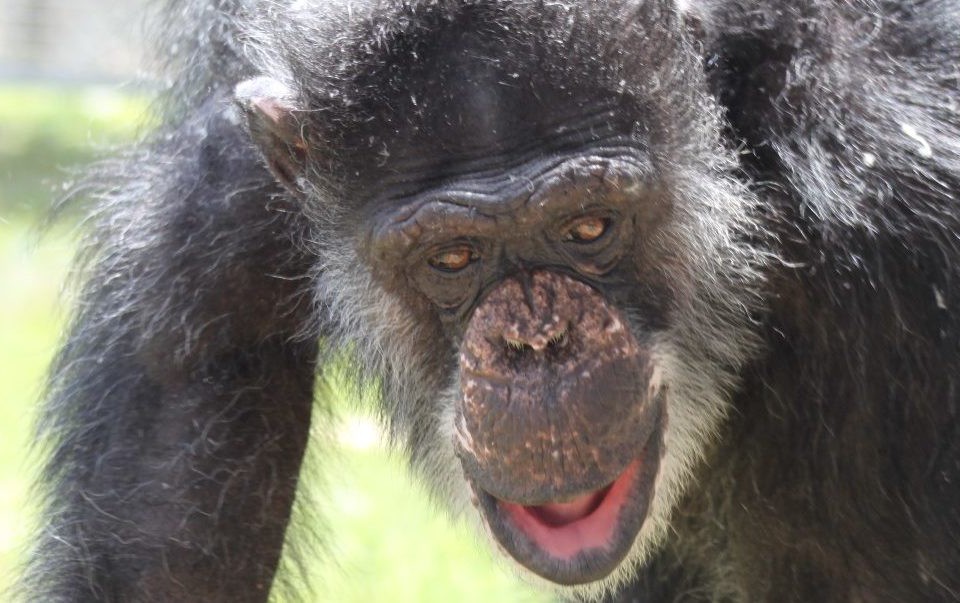 Hello, my name is
Abdul

I was likely born in the wild in the early 1970s. Infant wild chimps were captured by killing the baby’s mother and possibly other family members. I arrived at Holloman Air Force Base in Alamogordo, NM in 1976, and was immediately placed into research. Two years later, I was shipped to a laboratory in Maryland, where I remained for four years before being sent back to Holloman AFB. Eventually, my custody was transferred to the Coulston Foundation, a private research lab in Alamogordo. I was used repeatedly in invasive research protocols for the next twenty years.

In 2002, Save the Chimps took over the Coulston Foundation, where they found me living in isolation in the area they called “The Dungeon.” I found it difficult to live with other chimps, due to my years of isolation, especially males. I was a resident of the Special Needs Building where I lived with a small group of females. My friends and I are now being introduced into Doug’s family where I have made some great friends including two males – Rebel and Nigida!