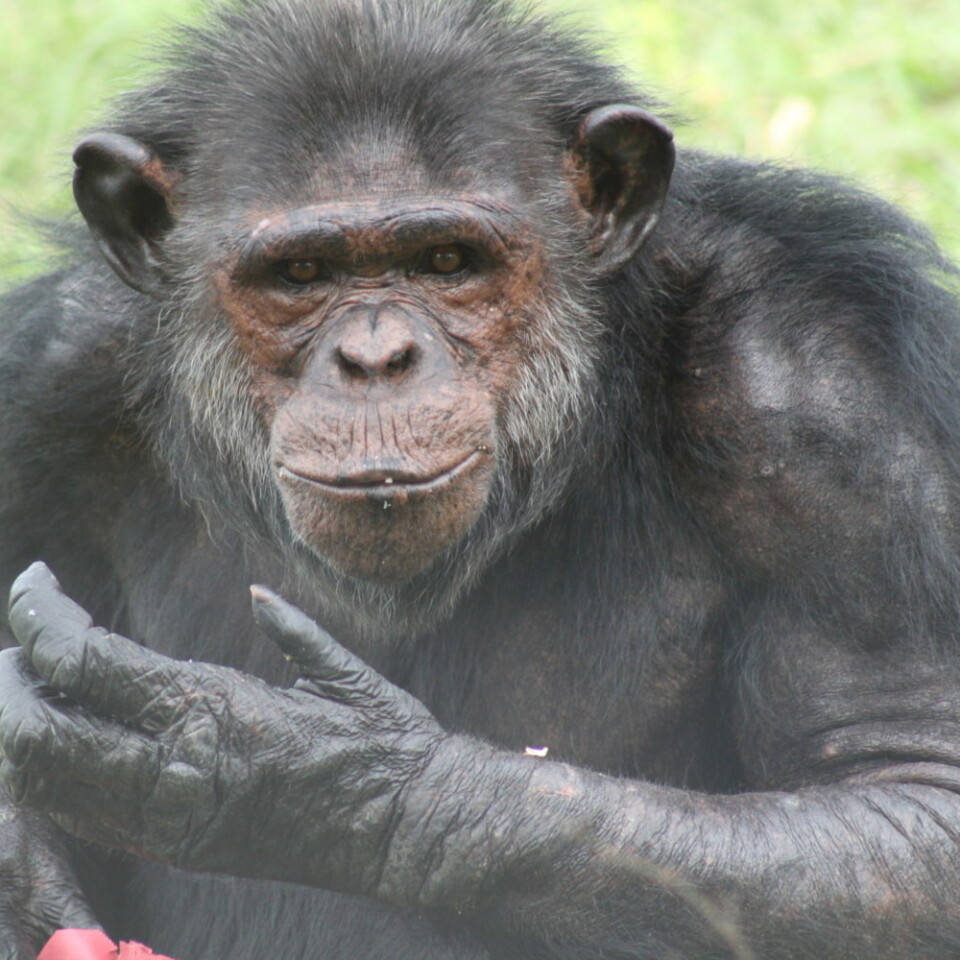 In loving memory of
Garfield

I was born on March 9, 1991 at the Southwest Foundation for Biomedical Research to my mother Hope and father Eric. Unlike many chimps born in research labs, I was raised by my mother until my third birthday. My close bond with my mother made it especially traumatic for both of us when I was taken from her.

I stayed at Southwest until I was seven years old. Other than notations of annual physicals, there are no records of my time there. In March 1998, I was sent to the Coulston Foundation. In my first year there, I was anesthetized six times for physicals and blood screenings. Fortunately, I was never assigned to a research project.

I remained at Coulston until Save the Chimps (STC) rescued me in 2001. I was a member of the Air Force Group, who were the first chimpanzees rescued by STC. I was full of bravado and daring when I arrived, and did not hesitate to explore when my family was released onto the island.

I am a large and magnificent chimpanzee, if I do say so myself, and very “alpha.” I have lighter skin than most chimps, and a very prominent jaw. I’ve been told that I resemble my father Eric. In 2003, three chimps were born in the Air Force Group, despite the fact that all of the males, including me, had been given vasectomies. It turns out that my vasectomy grew back, and genetic testing revealed that I am the biological father of all three babies: Jude, JB and Angie. My son Jude looks like his mother, Gogi, but JB and Angie are the spitting image of me. In fact, my son JB looks so much like me that he is sometimes called “Mini-Garfield.” (Coincidentally, we found out much later that my daughter Angie has the same name as my own grandmother.) STC later rescued my brother Oliver, who also shares my unique facial features.

I absolutely love being out on my expansive island and sometimes  will refuse to come inside for breakfast because I’d rather roam and munch on cattails that surround our island.

We love watching Garfield’s gentle and relaxed side shine through in his older age. Though he still occasionally helps his son, JB, with some of the alpha duties in the group, for the most part Garfield is able to sit back and enjoy his golden years. Still, he is a magnificent, regal, and strong male and is treated with great respect by all in his family.

Get to Know Garfield