Before her concert in Santa Fe, Rock & Roll Hall of Famer Belinda Carlisle joined members of Save the Chimps and Animal Protection New Mexico (APNM) to celebrate the 20th anniversary of the closing of New Mexico’s infamous Coulston lab—which resulted in 266 chimpanzees being transferred to the sanctuary.

“I’m lucky to be in New Mexico for this special anniversary,” said Carlisle at the sold-out benefit. “This historic rescue not only led to freedom for the chimps sent to Florida, but helped Jane Goodall convince the NIH to stop funding all experiments on chimps.”

Flanked by Save the Chimps CEO Ana Paula Tavares and APNM Executive Director Lisa Jennings, Carlisle announced that at her concert following the event, she would dedicate her biggest hit, “Heaven Is a Place on Earth” to Save the Chimps, where 179 of the NM chimps still thrive today. Watch Belinda’s onstage dedication to Save the Chimps.

During the moving program, Tavares updated the crowd on many of the NM chimps, including Millie and Bam-Bam, and Save the Chimps Director of Events Dan Mathews led a toast to Emily, who, at 58, is the oldest surviving chimp from the historic rescue. Jennings shared APNM’s plans to free 30 chimps still being held by the government in the defunct NM research facility.

The city was much abuzz about the celebration, which was previewed in the New Mexican and which featured delicious vegan appetizers donated by famed local chef Paddy Rawal.

“It was heartwarming to meet so many people who helped close down the lab, care for the chimps, and transport them to our sanctuary so many years ago,” says Tavares. “They were overjoyed to hear how well the chimps are doing two decades later under our care.” 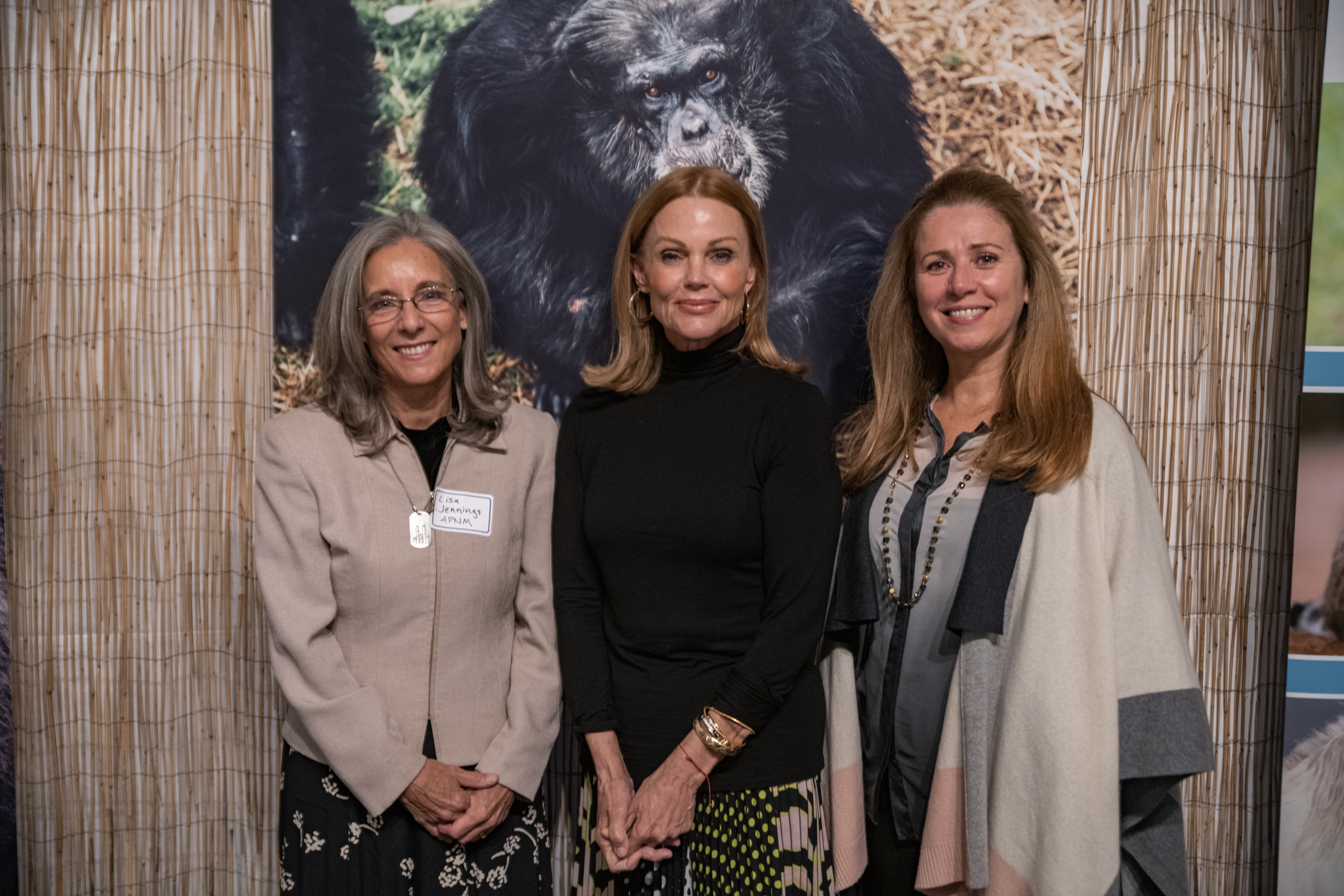 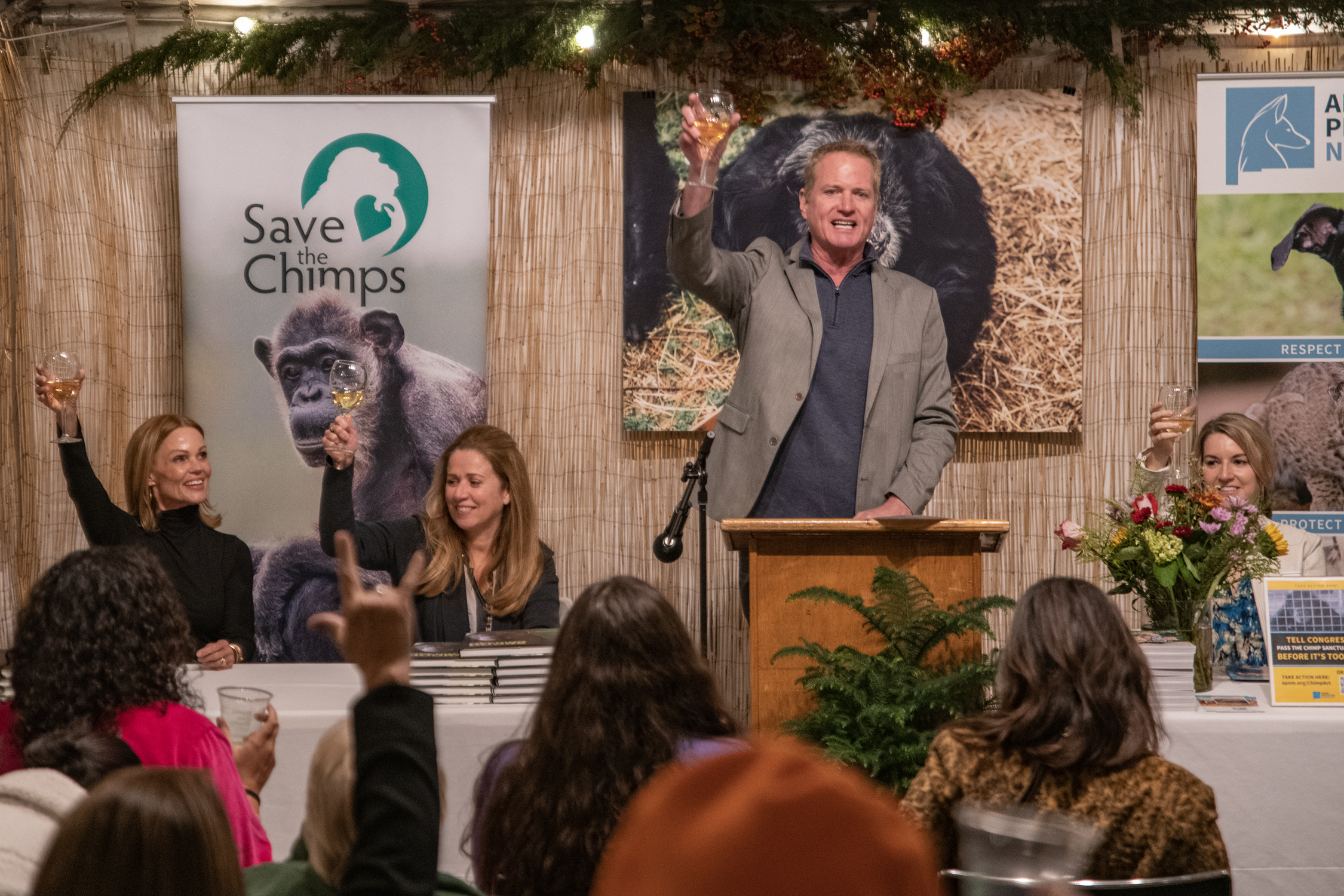 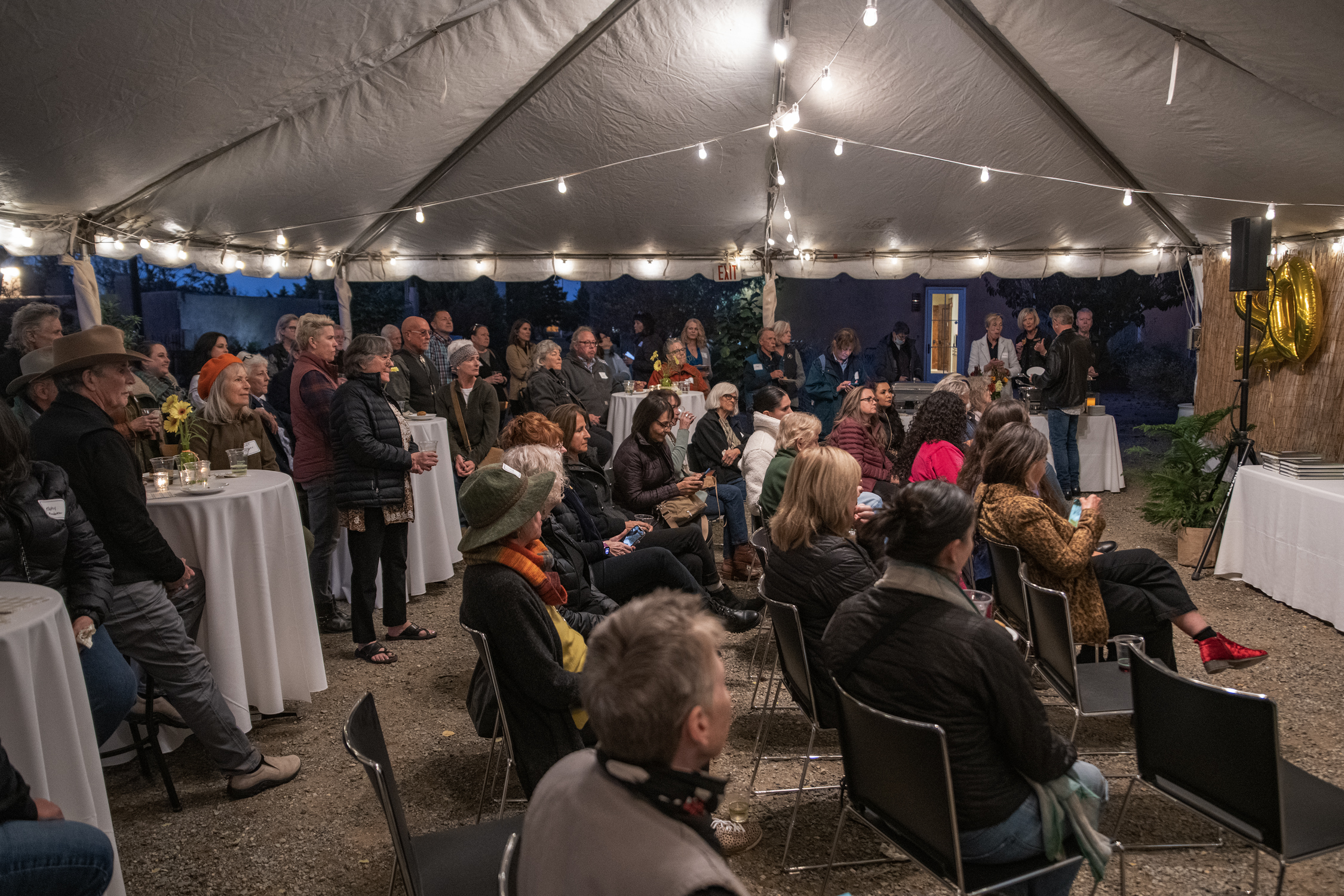